Welcome to the Moondance Austria ATLACHINOLLI MEZTLI, a prayer from sisters and brothers for Mother Earth and human evolution.
Take your time to delve into the history, origins, mythology and details of this Ancient Ceremony, our Moondancence prayer. Everything you find here opens a new path of deep transformation and understanding. All of this knowledge was left by our ancestors and passed on with care to support our growth today.

HISTORY OF THE MOONDANCE

The first circle originated in Mexico in 1992 with a group of women following their dreams, visions and the study of the Borgia Codex (anthropological foundation of the Moondance prophecy).
The circle of the Moondance (“Danza de la Luna”) is the Heritage of an ancient tradition that gifts us the legacy of grandmothers from all corners of the earth, like grandmother Isabel Vega, may she rest in peace, and our dear grandmother Tonalmitl, both Founders of the first circle called "Danza de la Luna Xochimeztli".
Both of them realized their work through their direct experiences for many years and put together all these experiences, traditions, visions, studies and teachings for this lineage and philosophy, to also form today's rules of the Moondance that help us all to participate in unity and harmony.
Through this circle, the "Danza de la Luna Xochimeztli", further circles in different countries of the world (eg in Mexico, Argentina, the Dominican Republic and Costa Rica) were brought into being. This also includes the "Danza de la Luna Atlachinolli Meztli", which opened in June 2018 in Austria/Europe.
The Moondance is a four-day ritual in which women come together in a ceremonial circle for four nights to pray for the well-being of humanity, to feel the feminine essence amplified within, and to cleanse and empower both their bodies and wombs from generations of oppression and neglect.
The women who feel called to participate in the dance fast for four days. They only drink water and tea and get some honey to stabilize their sugar balance. In addition, there are eight sweat lodges during these four days - at sunset and at sunrise.
Ancient chants, dance and prayer in deep unity lead the women through the ceremony towards a recovery of strength and their empowerment. 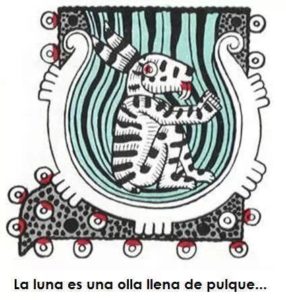 The Symbols and the Medicine
The symbols we use in the dance are the costume, stick and Pantlis that we wear during the dance, which are also embroidered with symbols.
Our medicine is the sweat lodge, the dance, the pipe, the tobacco, the songs, the prayers, the copal (incense resin from Mexico), various healing essences and personal gifts, all offered with respect and awareness. 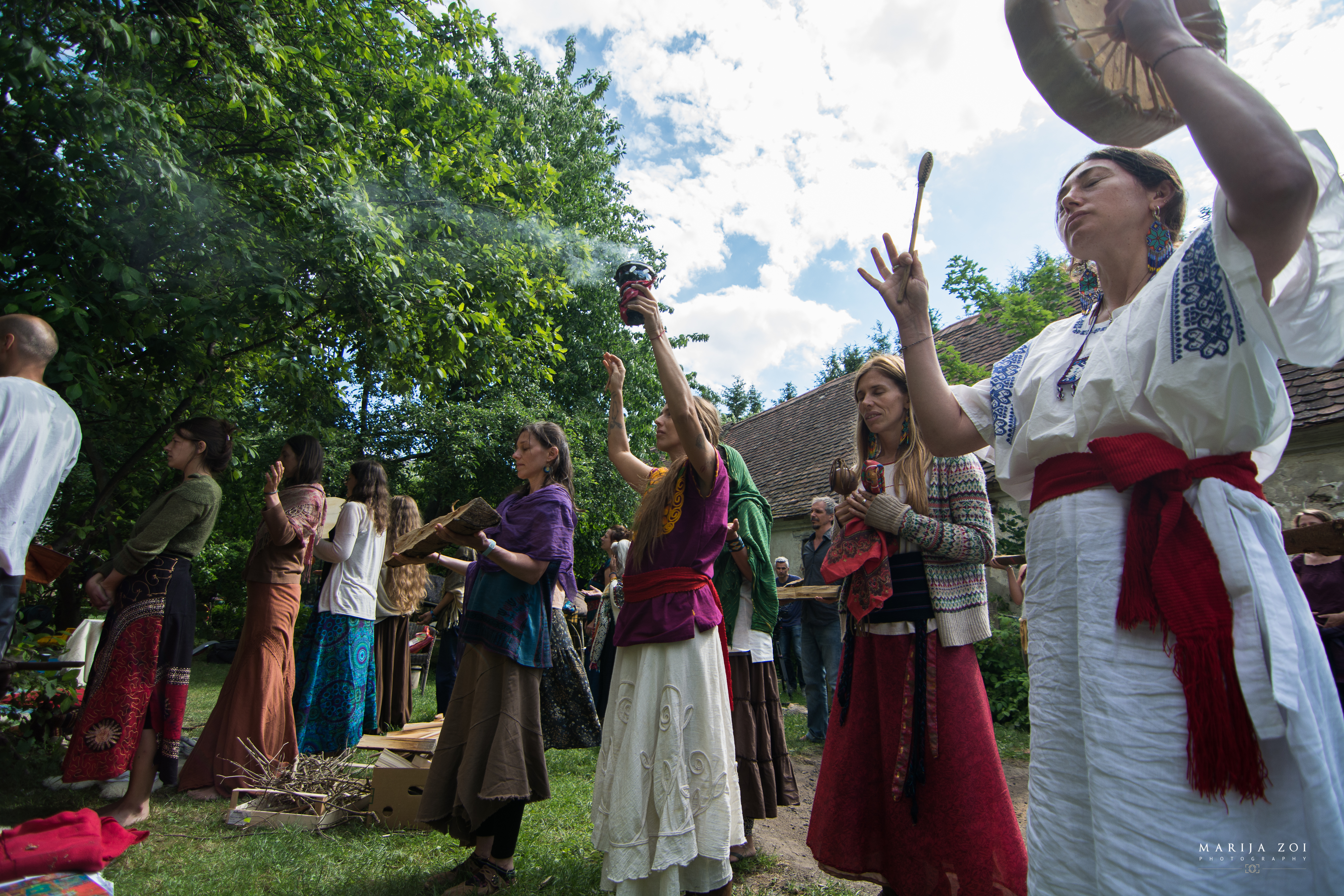 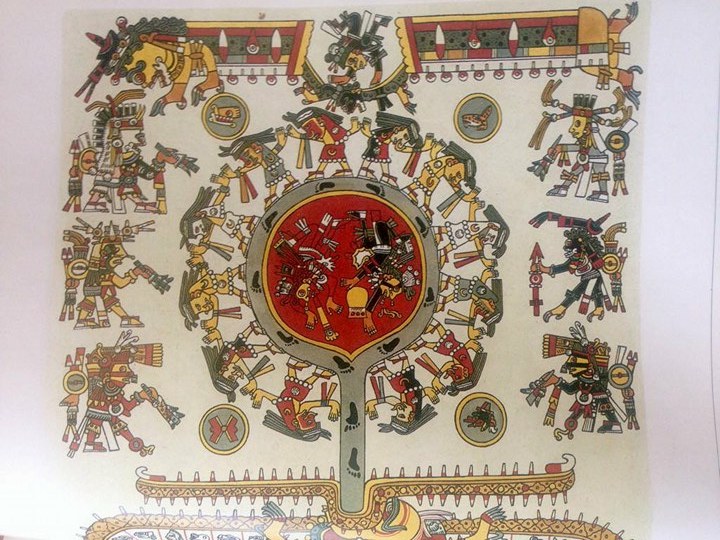 In 2016 the idea to bring the Moon Dance in Austria was born. In June 2017 the time had come for this vision to materialize by inviting grandmother Tonalmitl (woman of knowledge, guardian of millenary traditions, president of the current circle of "Danza de la Luna Mexico") and Xiuhcoatl and Ameyaltzin (grandmother dancers of the moon dance, guardians of the lineage of the grandmother Tonalmitl) by our sister Antara (moon dancer of Danza de la Luna in Mexico, resident in Austria), to know the place and to convoke women and men who understood this ancestral ceremony and its wisdom. Thus was born the moon dance circle Atlachinolli Meztli.
Atlachinolli is a compound word from the Nahuatl language and means:
Atl = water, creator of life, from water we come, without water there is no life.
Tlachinolli = that which burns; water that burns itself; beautiful water that represents our blood.
Atlachinolli originates from the composition of the medicine of water with heat, creating steam, which is our great medicine in Temazcalli, which has the ability to heal us. (Water with fire, at once two opposite and complementary elements that create life through movement). 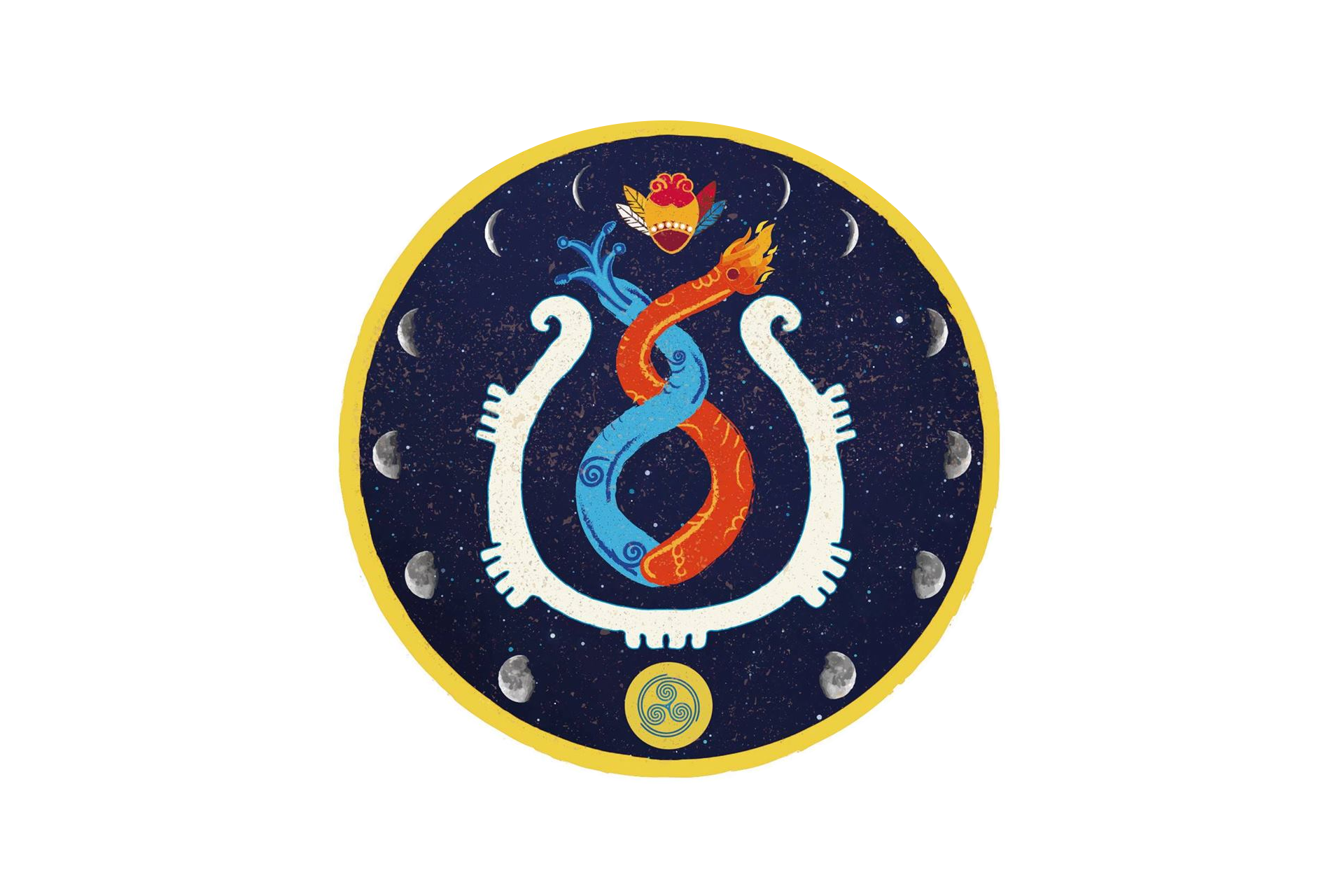 Following tradition, a woman must have been part of a Moondance circle for nine years before she is allowed to start a new circle. During these nine years she grows through deep self-experience into an expanded state of consciousness, which later offers her the framework for holding a sacred Moondance circle.
We are very happy to welcome our two beautiful blood sisters XIUHCOATL and AMEYALTZIN here in Austria. They have both been apprentices in the mother circle (Danza de la luna ´´Xochimeztli´´) for nine years and are deepening their knowledge of this sacred ceremony under the guidance of Grandmother Tonalmitl.
When a new dance circle is opened - no matter where in the world - grandmother Tonalmitl travels to the new circle with her two most important co-leaders. In our case, she was accompanied by the Lead Singer and the leader of the Firemen.With them she brought blessings to the new dance guides, singing guides and the new fire men guides of the Atlachinollimeztli circle.
In 2018, Grandmother Tonalmitl passed the Moondance leadership and knowledge to the new leaders Xiuhcoatl and Ameyaltzin. Thank you for your courage to take responsibility for this new circle born in Austria.
Aho Moondance circle ATLACHINOLLI MEZTLI!

"This Sacred Circle has been the deepest, most transformational life experience!"

"It is and has been absolutely fascinating to observe how the deep medicine of the Moondance has weaved its way into every layer of my life."

"I am a Moondancer. I have always been. And I feel blessed and very grateful for it."

This website uses cookies to improve your experience while you navigate through the website. Out of these, the cookies that are categorized as necessary are stored on your browser as they are essential for the working of basic functionalities of the website. We also use third-party cookies that help us analyze and understand how you use this website. These cookies will be stored in your browser only with your consent. You also have the option to opt-out of these cookies. But opting out of some of these cookies may affect your browsing experience.
Necessary Always Enabled

Any cookies that may not be particularly necessary for the website to function and is used specifically to collect user personal data via analytics, ads, other embedded contents are termed as non-necessary cookies. It is mandatory to procure user consent prior to running these cookies on your website.

SAVE & ACCEPT
Scroll To Top